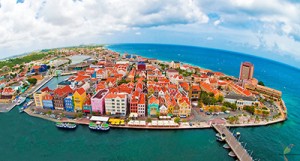 Curacao is a well developed Dutch Caribbean island, where sun, sea and carefreeness join each other. This paradise, hemmed by white beaches and whimsical rocks, covers just 445 square kilometers. The 144.000 inhabitants form a unique multicultural society of more than 60 different cultures. The quality of life is high and health care is first-rate.

Six thousand years ago, members of the Venezuelan Arawak tribe came to Curacao, by boat. They were Curacao’s first inhabitants. In the year 1634, Dutch sea-traders conquered the island and it remained ‘private property’, until the British took over. In 1815 it became part of The Netherlands. On 10-10-2010 Curacao obtained the status of ‘autonomous territory’, within the Kingdom of the Netherlands.

Located in the tropics, just 12° north of the Equator and outside of the hurricane belt, Curacao has a warm, sunny, semi-arid climate year round. The average temperature is about 28° Celsius (82.4° Fahrenheit). Refreshing trade winds blow constantly from the east, picking up in the spring months. The rainy season, from October to February, is marked by short, occasional showers, usually at night and continued sunny weather by day. Since Curacao has no fresh surface water, rain is more than welcome, during these months. Total annual rainfall averages only 570 mm (22 inches). Occasionally a tropical storm, brewing elsewhere in the Caribbean, can cause uncharacteristically cloudy weather, for a day or two.

On Curacao, people from all over the world, with an extreme variety in ethnic, cultural and religious backgrounds, have been living happily side by side, for centuries. Most people live in characteristic, semi-colonial, tropical houses, often with beautifully arranged gardens, showing off tropical plants, flowers and palm trees. There are few apartment buildings. Residents who can afford it, often have the luxury of a private swimming pool. The local language Papiamento, is a mix of African, English, Dutch, Spanish and Portuguese. Almost everybody also speaks the other two official languages; Dutch and English. Most ‘locals’ and Latin Americans speak Spanish fluently.

Every self respecting island has its island ports. Curacao has no less than six and they are all natural harbors. Saint Anna Bay  is actually the entrance to the largest natural harbor in the Caribbean, called Schottegat.  It is surrounded by Curacao’s capital Willemstad and a number of residential areas. This port was developed mainly through the establishment of the Shell refinery. Willemstad is on the world’s heritage list, by UNESCO. It is a place where past en present merge harmoniously. It is a picturesque town, with many restored historical buildings. Saint Anna Bay divides the town into two parts; Punda and Otrobanda.

The pontoon bridge, called Queen Emma Bridge, is a unique floating chain of little boats that carry the bridge, connecting Punda and Otrobanda. When ships, including large tankers and cruise ships, enter Saint Anna Bay, the entire bridge rotates to the side. A spectacle enjoyed by both tourists and residents. When the pontoon bridge is open, the transportation of passengers is provided, free of charge, by harbor ferries. Vehicles are not allowed on the pontoon bridge.

For ‘heavy traffic’ there is another bridge over Saint

Anna Bay, called Queen Juliana Bridge, with an overhead clearance of about 60 meter (196.85 ft.), allowing large ships to enter the harbor, without having to be opened. The view from the Queen Juliana Bridge is impressive and gives a splendid view of Willemstad and the Caribbean Sea.

The underwater world around Curacao is world famous for its unique, beautiful, coral reefs. If you say ‘Curacao’, you 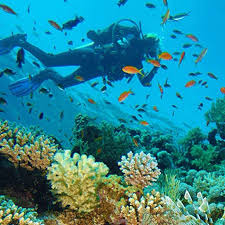 say ‘Water Sports’. You can swim, scuba dive, sail, surf, water ski and go canoing or Peddle-boarding. Boat lovers and anglers find luck at their feet or rather at their prow. In the exclusive Spanish Water area, on the east side of the island, you find luxury marinas, where yachts and boats can dock.

Are you more of a ‘land person’? Especially for  hikers and mountain bikers there are many nice trails to be found. And like any self respecting tropical gem, Curacao has natural golf courses. There are three courses on the island, all in their own

beautiful natural environment and with a beautiful (ocean) view.  For those who like to mingle with the local people on the island, there are many snack bars, where the game of domino is played fanatically, while enjoying a drink. 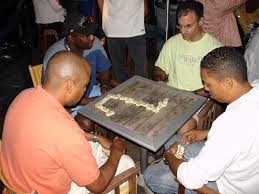 There are three kinds of public transportation on Curacao; government buses, small private vans and taxis. Government buses, called ‘convoy’, are cheap and cover the main routes. Private vans cover all residential areas and most back-streets. Only the government buses use time-tables. Almost all buses and vans are air-conditioned. Taxis are expensive, but their are lots of (shared) student cars available for long-term-rent, as well as scooters. Second hand cars are relatively expensive to buy. Hato is the international airport from which many international air connections are maintained.

The local currency is the Netherlands Antillean Guilder (ANG) or ‘Florin’ (NAfl), but US Dollars are also excepted everywhere. The US Dollar has a fixed exchange rate of 1.75 ANG, although local casino’s usually pay 1.80 ANG for a Dollar. Shops, restaurants and most hotels do not accept Euro’s!

Because of the climate many tropical plants, flowers and fruit trees are found here. In Banda Abou, on the west and leeward side of the island, there are many natural beaches and one can climb the Christoffel Mountain – wit 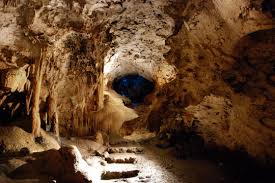 h a height of 372 meters (1,220.47 ft.). A beautiful view of the island is your reward. There are also several nature reserves and a visit and tour to the Hato Caves is recommended. It will tell you a lot about the geological formation of the island. There are daily boat trips to Klein (‘Small’) Curacao; a beautiful, small, unspoiled island off the south- east coast of Curacao, where one can swim, snorkel or scuba-dive together with sea-turtles. On Curacao the renowned Aloe Vera plant is grown, from which medicinal and skin care products are locally made. In Banda Ariba, the east side of the island, a visit to the famous botanical garden of Dinah Veeris cannot be missed. 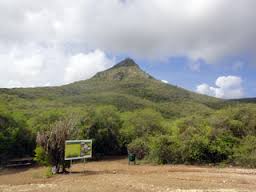 To accommodate tourists, Curacao has numerous nice resorts and hotels. Some popular beaches are beautifully landscaped, with many facilities, including shops, restaurants, showers, rest-rooms, changing rooms and sun loungers. There is also an increase in luxury holiday homes. There are many great attractions, including the ostrich farm, a swim with dolphins, the Aloe Plantation and different relaxed island tours. There are several interesting museums and art galleries to be visited, where

you will learn a lot about our multicultural society. And as said: don’t forget Klein (‘Small’) Curacao. Nothing more than an abandoned lighthouse and a handful of local fishermen, once in a while. It’s a small paradise, with a long stretch of pearl white beaches and a bright blue sea. Groups of students regularly stay the night camping, enjoying campfire BBQ’s.

Well, where do you go? Actually, there is too much to mention; bars, hotels, specialty restaurants, nightclubs, beach parties, cinemas, you name it, Curacao has it. Places of entertainment are open daily, it is always party time in Curacao! In addition, you’ll find weekly free brochures, called ‘Ke Pasa’ (‘What’s up’), at most bars and hotels, informing you about all there is to do, during that week.

To complete your tropical experience, you obviously need the right nutrition. Don’t worry about your stomach! The island is a culinary magic box. This is because of the many nationalities present on the island. In the most unexpected places, vegetables and fruits are grown, but also flown in, several times a week, from Colombia, Venezuela, the US and Europe. There is a daily floating market –small boats from Venezuela, docking in Punda, selling fresh tropical vegetables, potatoes and fruits, from their homeland. Most meat comes from the meat-Valhalla of South America (Brazil and Argentina). The daily wild-caught ocean-fish is a must! There are several large European style supermarkets and hundreds of mini-markets, we call ‘toko’. Our tap-water is clean desalinated seawater and definitely safe to drink and it is not fluoridated.

Special thanks to Real Estate Caribe 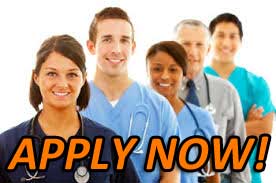